We are situated in the stunning Bay of St Margaret’s atop the famous White Cliffs of Dover, the Bay and beach of St Margaret’s are a mere 10-minute walk from the Tea Rooms, via a winding path with some fantastic sea views through the pine trees. In the bay you will see the former home of Noel Coward, later bought by author Ian Fleming of James Bond fame. Local legend has it that Fleming took the name 007 from the bus that travelled between St Margaret’s and nearby Martin Mill!

In 1918, the last bomb to be dropped on England in World War One fell on St Margaret’s and when World War Two began, the area, like many others along the south coast, was evacuated of all unnecessary civilians and occupied by troops in readiness for the expected invasion. Just outside the village, Britain’s first two big naval guns, known as ‘Winnie’ (after Prime Minister Winston Churchill) and ‘Pooh’ were installed, locked onto the French coast. Unfortunately, these guns were somewhat unreliable, doing more damage to local windows than enemy lines.

The South Foreland Lighthouse is only a 10-minute walk from the Tea Rooms where on a clear day you can see the French beaches. South foreland lighthouse is where Marconi broadcast the first wireless ship to shore transmission in 1898.

We serve our full menu until closing time 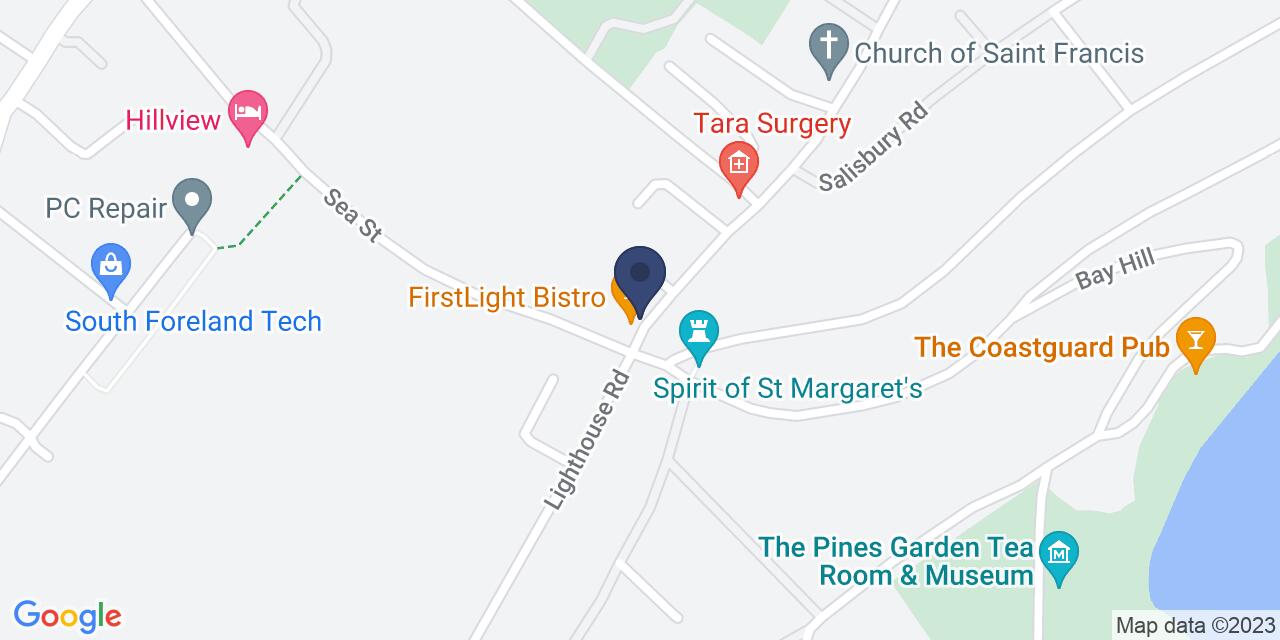